Formed in 1986, Leicester Council of Faiths has become widely recognised as a key player in establishing, maintaining and promoting Leicester’s reputation as a place where people of different religions and beliefs co-exist peacefully. Our current membership includes representatives of the city’s Bahá’í, Buddhist, Christian, Hindu, Jain, Jewish, Muslim, Pagan and Sikh communities. We work alongside other groups and organisations that encourage tolerance, mutual respect, community cohesion and a world-embracing vision.

For information on the first 20 years of LCOF please see PDF….. 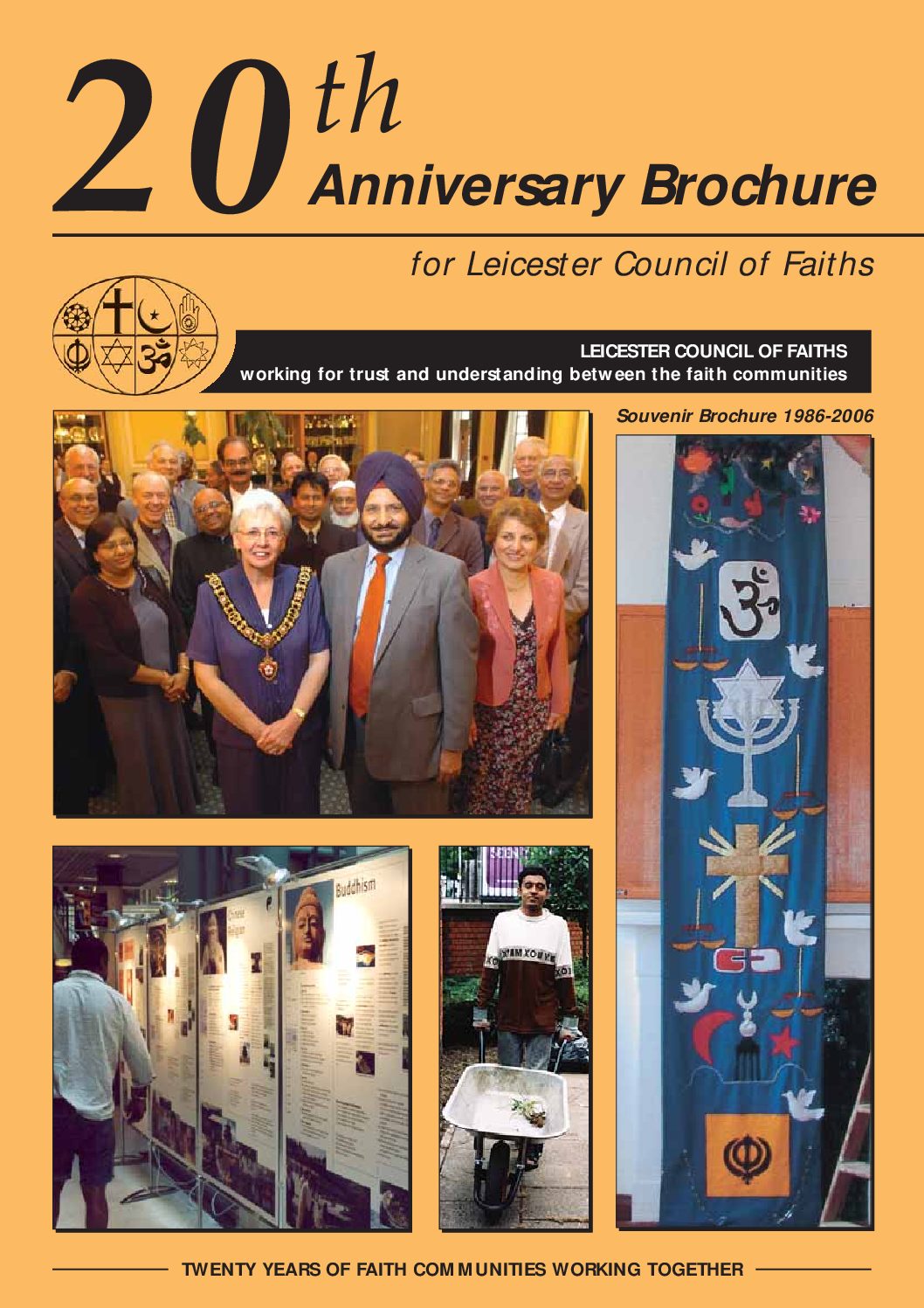 For our Equality and Diversity work in the recent past see blog…..

Our work page
We use cookies on our website to give you the most relevant experience by remembering your preferences and repeat visits. By clicking “Accept”, you consent to the use of ALL the cookies.
Cookie settingsACCEPT
Manage consent

This website uses cookies to improve your experience while you navigate through the website. Out of these, the cookies that are categorized as necessary are stored on your browser as they are essential for the working of basic functionalities of the website. We also use third-party cookies that help us analyze and understand how you use this website. These cookies will be stored in your browser only with your consent. You also have the option to opt-out of these cookies. But opting out of some of these cookies may affect your browsing experience.
Necessary Always Enabled

Any cookies that may not be particularly necessary for the website to function and is used specifically to collect user personal data via analytics, ads, other embedded contents are termed as non-necessary cookies. It is mandatory to procure user consent prior to running these cookies on your website.